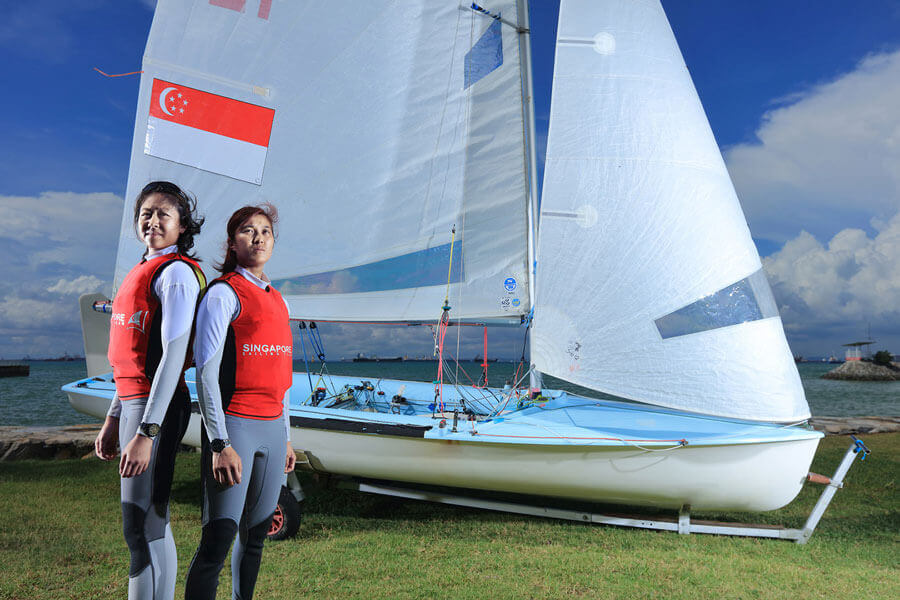 As the Rio 2016 Olympics are quickly approaching, all our 25 Team Singapore athletes are getting ready to compete on the international level.

This time, 10 sailors are going to compete – the biggest Olympic Sailing team ever in the nation’s history. Among them are our local female sailors, Jovina Choo together with Amanda Ng, who will be participating in the 470 women’s class. Clocking in as one of the fastest Singaporeans in the qualifying round, they have demonstrated that nothing is impossible through hard work and determination.

Jovina’s journey to this Olympics is truly inspirational. During the preparation of her Olympic qualifying race, she also took part in the 8th Sea Games – the Women’s Fleet Racing Keelboat, together with 3 female sailors, earning themselves a Gold Medal. Besides that, she has also gained several sporting achievements in her sailing career. Her never yielding determination brought her to where she is now. From the 8th Sea Game to this year’s Olympics, we are truly proud to have her as our official sailing ambassador. We are definitely rooting for this pair during their 470 Women races. With their positive attitudes and constantly striving to do their best, we can be sure that Jovina and Amanda will be putting in their fullest effort to do Singapore proud.

Goldbell would like to wish Team Singapore the best of luck and do us proud!