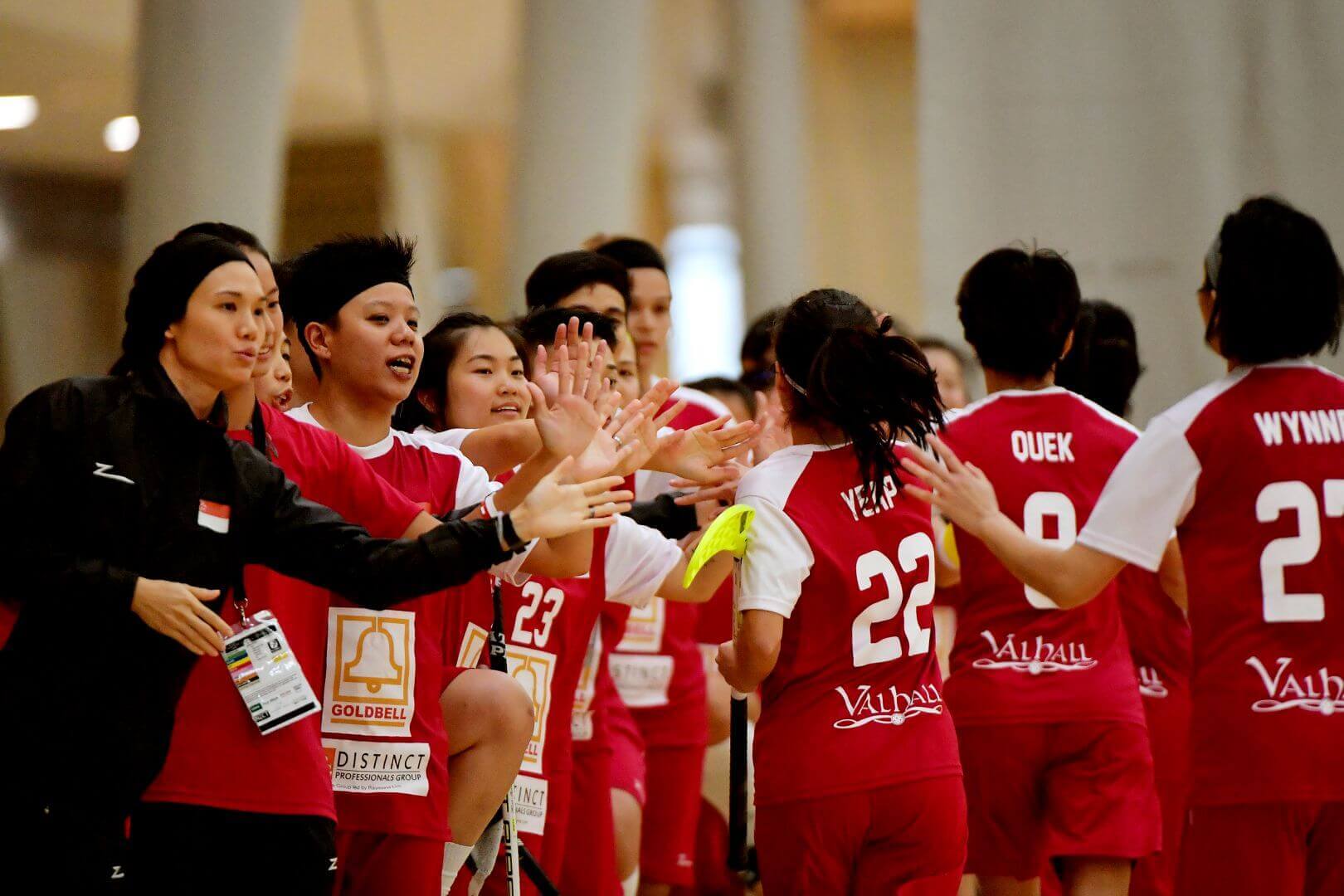 Goldbell supports the National Women’s Floorball Team to qualify for the World Floorball Championships through a new sponsorship deal.

Mr Kenneth Ho, President of SFA, said, “We are honoured by the support from a company such as Goldbell to assist in providing an opportunity for Team Singapore to be able to compete at the highest level of the Sport – the World Floorball Championships. This support drives the determination that the whole of Singapore is behind the team, spurring them on to do the best for Singapore.”

Goldbell is proud to be a sponsor for the Women’s National Floorball Team as we are able to relate to their values of hard work, dedication and teamwork. Like SFA, we have come far from where we were, building our foundation on our beliefs and values. We want to encourage more involvement and support for the sport, enabling the teams to advance further in terms of its presence in Singapore and the world.

We hope to motivate this team of strong, beautiful women to play their best in their upcoming games in the World Floorball Championship. We wish the Women’s National Floorball Team the very best of luck and do us proud!