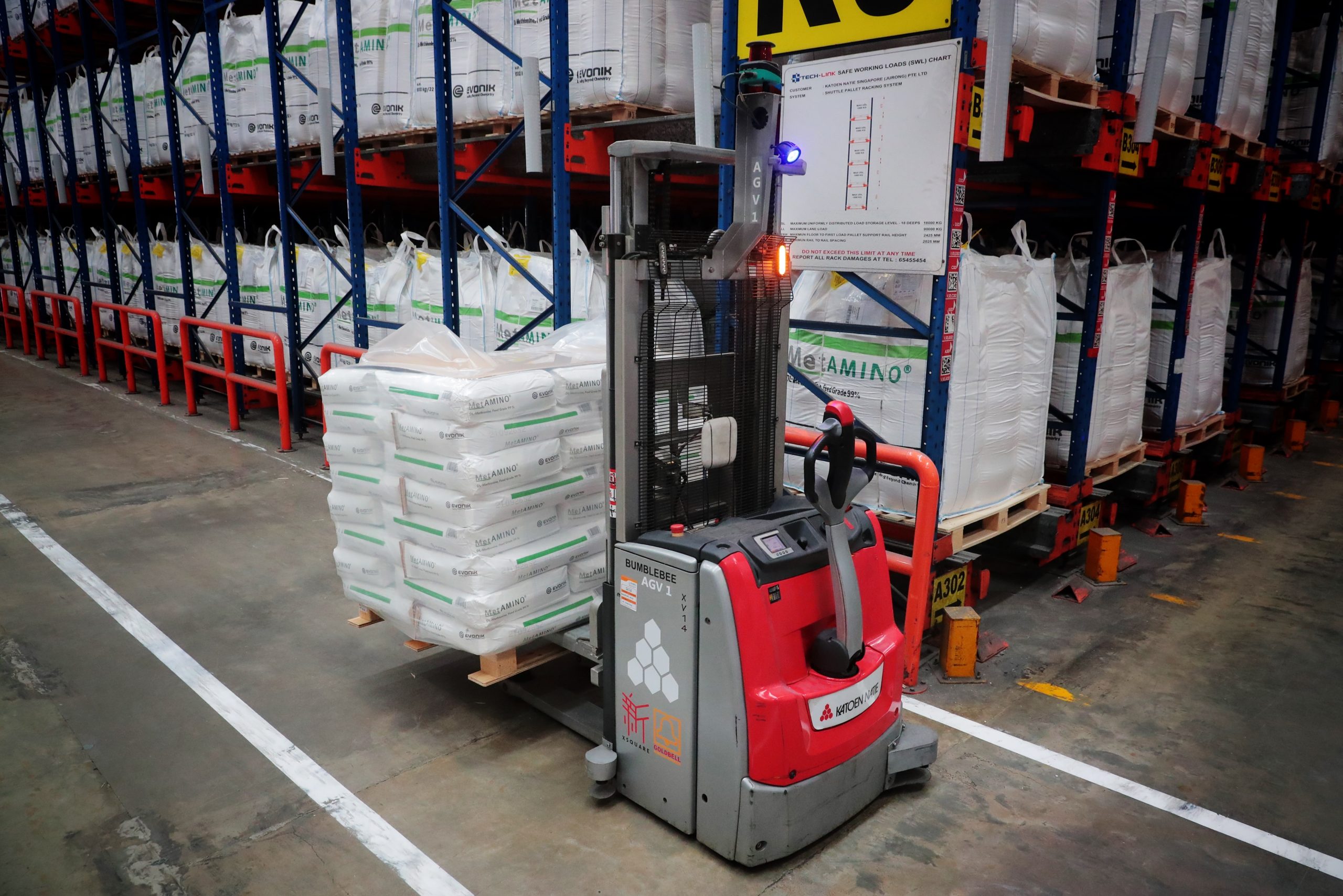 A three-year-old home-grown company is supplying an international logistics giant with a fleet of autonomous forklifts in a move that could eventually lead to worker-less warehouses.

xSquare, a fully owned subsidiary of Singapore engineering and transport group Goldbell, started with a single forklift retrofitted to be autonomous for Katoen Natie two years ago.

As at Monday, the Belgian logistics firm has deployed five driverless forklifts, replacing six workers. It may deploy more.

Goldbell chief executive Arthur Chua said each machine is priced from $130,000 and has a lifespan of seven to eight years. “The payback period ranges from two to four years, depending on how intensively they are used. Thereafter, they are running practically free of charge.”

The lithium-ion battery-powered machines are equipped by xSquare with Lidar (a remote sensing technology using laser), bar-code readers and height sensors for them to operate with no human intervention in Katoen Natie’s Jurong Logistic Terminal on Jurong Island.

The forklifts recharge autonomously and wirelessly via a method called induction charging, with a 90-minute full charge lasting a 12-hour shift.

Katoen Natie started trialling a transponder-guided driverless truck on Jurong Island back in 2017 in a bid to address worker shortage in the logistics sector. But plans to deploy more trucks with improved technology have yet to be realised.

Katoen Natie Singapore chief executive Koen Cardon said: “The forklift adaptation has been much smoother. The challenge of innovation is that it has to work 100 per cent – not 99 per cent. That’s what we’ve learnt.

“And local support is key. That’s what xSquare provides.”

xSquare expects these firms to move towards full automation of their warehouses eventually.

To this end, it has come up with a Warehouse Control System – a central brain that coordinates various functions.

Besides forklifting, functions that can be automated include stacking and container loading.

Mr Chua also revealed that xSquare has recently signed a collaborative agreement with a major forklift manufacturer. He could not name the company because of a non-disclosure agreement, but said it will be licensed to use xSquare’s technology to build autonomous forklifts for distribution in Asia-Pacific.