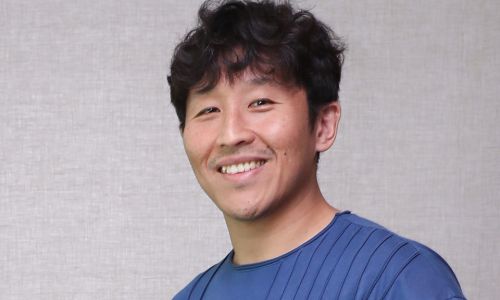 It will be used to provide short-term working capital loans of up to 12 months for local enterprises impacted by Covid-19, with monies expected to target more than 100 SMEs

YOUNG leaders from six prominent business families in Singapore, which include Goldbell Group and Super Group founder’s investment firm Apricot Capital, are behind a S$5 million fund to provide financing help for local enterprises hit by the impact from the virus outbreak.

The fund will be used to provide short-term working capital loans of up to 12 months for local small and medium-sized enterprises (SMEs) which have been impacted by Covid-19, with the monies expected to target more than 100 SMEs.

To administer the borrowing via this fund, known as the Helping Our Promising Enterprises (Hope) fund, the matching of borrowers to monies will go through Goldbell’s private debt investment platform Goldbell Evolution Network. This platform is developed and owned by Goldbell’s financial services arm.

It also allows a deferment of the loan principal and interest repayment to start from the third month onwards.

Processing fees will cost S$80 to cover administrative charges, which BT understands to be the lowest in the market as most platforms charge one to 2 per cent.

To qualify, companies must be locally incorporated for more than 12 months, have at least 30 per cent Singaporean shareholding and a minimum paid-up capital of S$25,000.

The fund will be ready for applications on Feb 26.

Loan approvals and disbursement will also be expedited to support businesses especially during the upcoming critical months as they focus on recovery and operations.

Alex Chua, CEO of Goldbell Financial Services said that the fund is an additional source of financing for SMEs in their time of need, and could help segments that traditional banks may not serve due to a lack of track record.

Speed is also another factor that differentiates it from other sources of financing.

He added: “We understand the urgency of the situation and have constructed a credit-scoring model for this programme, allowing loans to be approved quickly and to be disbursed in 24 hours from loan approval, subject to the required documentation received.”

This move to fund fellow SMEs comes amid challenges as well for the founding companies of the fund’s backers, with some also hard-hit by the virus outbreak.

Food and beverage chain operator Paradise Group, for example, is facing business stress with revenue from Singapore down at least 30 per cent, and this is expected to slide further. Its China and Hong Kong markets – which make up 30 per cent of revenue – are the worst hit, with business diving by 95 per cent so far.

Still, its CEO Eldwin Chua maintained that he wants to do his part “no matter how little” to support other businesses and to encourage them in the current situation.

Mark Lee, CEO of Sing Lun and spokesperson for the six founding companies, pointed out that most of the people behind the fund are the second or third- generation of family brick-and-mortar businesses that have experienced first-hand the pain of working capital shortfall, either during the Great Financial Crisis of 2008, the Sars epidemic in 2003 or the Asian Financial Crisis of 1997.

“We want to help companies with good business models ride through this crisis, give them an opportunity to build a stronger business and at the same time, help preserve jobs for our community,” he said.

Chong Ee-Rong, chair of the SBF-YBLN, said that she hopes this move will rally other companies to participate and support the fund.

“There is no doubt that Singapore will overcome this trying time, but how we help each other through, will shape our future,” she noted.

These moves also come on the back of various initiatives by both the government and the private sector as they seek to ease the cash flow squeeze faced by SMEs at this crucial juncture.

In the 2020 Budget statement on Tuesday, Deputy Prime Minister and Finance Minister Heng Swee Keat had announced that the government will be enhancing its enterprise financing scheme’s working capital loan component, raising the maximum loan quantum to S$600,000 from S$300,000. The government’s risk-share on these loans will be raised to 80 per cent, up from the current 50 to 70 per cent.

Banks including DBS, OCBC and UOB have also rolled out relief measures for businesses amounting to billions, allowing customers to restructure loans and providing a moratorium on principal repayment for loans.

Hong Leong Finance was the latest to announce on Wednesday that it would roll out loan relief schemes to support SMEs affected by the virus outbreak.

Loan support for affected companies encountering difficulty in servicing their instalments will be extended to help them tide over this period.

Measures will include providing additional loans against their property with total loan-to-value of up to 100 per cent and offering SME bridging loans that are released in tranches according to their cash flow needs.